Application: In this next section of the book of Judges we encounter the reaction that Gideon has when he realizes he's standing before “The LORD”. It seems that in this day we have lost our understanding of what it means to “fear” the LORD. Somewhere along the way, we confused intimacy with commonness, though terminology can be misunderstood, the meaning in Scripture is clear, in context, intimacy refers to a close, deep, personal relationship that should be the goal for every person. Intimacy is to “know” our Lord.

However, intimacy does not equal a lack of respect or reverence for Who the LORD is. In our desire to make God more approachable and maybe even as a protest against the “high church” which can create a distant formality instead of a full, experiential relationship if not careful, it seems we have stepped over the boundary of intimacy and made God common, so common we are disrespectful. Even in our vernacular it is exposed. We call God “the Big guy”, “the Man upstairs”, “my homeboy”, “he's got my back” and it goes on ad infinitum to the point that it is ad nauseam! While it's important that we try and understand that perhaps some “institutionalized” churches made God so elevated He became distant and unapproachable, we cannot let the pendulum swing so far that we forget Who our God is, “The Ruler of all Creation”. We are beholden (owing something, under obligation, indebted) to Him for the very air we breathe.  It is also important to remember that God doesn't “need” respect or reverence. God is not some egocentric being that craves worship and applause. It's just a fact that because He “is” God we should show Him the respect that is due Him. Gideon does exactly that, and his reaction is really the standard response recorded in Scripture of what happens when a fallen human being encounters the living God. There are too many scriptures to share, but just two will make the point. Isaiah, when he encounters God clearly understands that when someone fallen, with a sin nature encounters someone Who is so holy, that could spell the end:

“Then I said, ‘Woe is me, for I am ruined! Because I am a man of unclean lips, And I live among a people of unclean lips; For my eyes have seen the King, the Lord of hosts.’”  Isaiah 6:5

In the last book of the Scriptures, it records John when he encounters the risen Lord:

“When I saw Him, I fell at His feet like a dead man. And He placed His right hand on me, saying, “Do not be afraid; I am the first and the last.”  Revelation 1:17

In both cases intimacy is not lost, what there is though, is recognition of Who God is and who man is. In this day and age which is influenced so greatly by the health, wealth and prosperity preachers, there is a clear commonness that has infiltrated the church. Stories of face-to-face encounters with God are becoming everyday occurrences and the individuals involved make it sound like they were visiting their next-door neighbor or one of their “good buddies” that you would meet at a restaurant. A true story reminds me of this problem. Two Pastors are having lunch. One Pastor tells his friend “sometimes in the morning while I am in the bathroom shaving, Jesus Christ comes into the bathroom and puts His arm around me”. The other Pastor says “really?” The first Pastor asks, “do you believe me?” His friend says “no, but I think you believe you”. Then the second Pastor asks what I think is a defining question: “When the Lord comes into your bathroom while you're shaving and puts His arm around you…do you continue shaving?” From Scriptures it's clear, I don't even think it's voluntary, if we encounter the Lord face-to-face we will find ourselves on the ground, face down and in awe, we won't ask God for a high-five! Gideon understood this, Lord help us to understand it also.

Meditation Questions: What is the balance between intimacy and making something common? When you talk with the Lord, even those times you are emotionally upset, how do you address Him? What does your answer show you? When you think of God as your “friend” how does that look? Is it different than any other way you approach Him, i.e. savior, Lord, God in the flesh? If it is different; how and why?
Posted by Blogology - Nathan Leigh at 8:40 PM No comments: 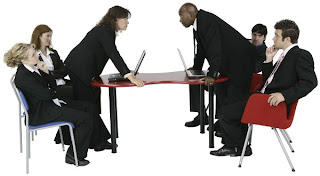 ☛Probing Proverbs 6:12-13 What are worthless and wicked people like? They are constant liars, signaling their deceit with a wink of the eye, a nudge of the foot, or
the wiggle of fingers.☚

Isn’t it interesting how sin not only rules the thoughts of a fleshy person, but it even expresses itself in the body language of that person! This truly exposes the power of the flesh. In its effort to control us while not being so obvious that we would be appalled by our own behavior, it uses techniques in an attempt to pacify us. We wink our eye trying to make light of the lie, or we nudge with our foot convincing ourselves we are getting away with something. If we know we are caught but desire to escape we wiggle our fingers as we try to come up with our version of the truth. 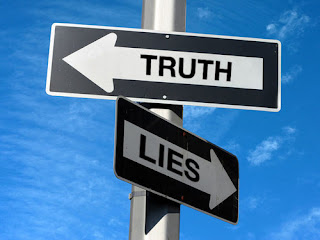 All the tricks in the book will not change the fact that when we finally answer to God for our life, there will be no deflection techniques that will work. God will show us the reality of our lies and the damage to others and ourselves that those lies caused. A better expression for our body is to bend our knee, bow our neck and ask God to make us people of integrity, then we will not have to fear that day when we stand before Him.
Posted by Blogology - Nathan Leigh at 6:36 PM No comments: