Heart Check Part 8 - What happens when what you thought would never happen...Happens? 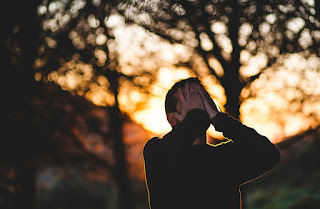 I did not grow up around the ocean, so the little I knew was based on 30-centimeter waves, with little or no undertow! Suddenly at 17, I was in Hawaii, a Sr. in High school, and learning about the waves, undertow, and currents in one of the premier and most dangerous surf areas in the world! I was TOTALLY unprepared! So when I began my new endeavor to learn “body surfing” my “friends” took me to “Sandy Beach"…which was off-limits to the military due to broken necks! “Sandy” was one of the few beaches where the wave broke right over the sand – “beach breakers”. Very dangerous for novices. I learned some hard lessons that I would not have had to if I had taken the time to be more prepared. Learning at a “milder” beach first, then possessing that little knowledge and experience, I could attempt “Sandy.” My learning curve was a Clift! Like, measuring a wave is best done from the back, that way you know how far you will fall if you blow the ride. Also, you can outswim your wave…I remember overshooting and looking straight down at hard sand 5 feet below me! Felt like I broke my back, only to learn a larger lesson – never turn your back on waves! I got up choking out water, trying to catch my bearings, I heard my friends screaming, and I turned around to see a large swell break on my forehead! I rolled up on the beach like a beached skinny {at that time} whale.

Being unprepared for surf can be painful, even dangerous, but to be unprepared spiritually can be a disaster! As we consider the heart reactions to Christ at Easter, we must consider:

Peter, Who had an “Unprepared Heart,” - Which Trips!

The Biased Heart does not care about right or wrong, just a personal agenda!

The Biased Heart sets out to prove what it already believes.

The Biased Heart sidesteps truth and looks for ways to attack.

The Biased Heart will try and create proof.

The Biased Heart has an unwillingness to accept Truth

The Pressured Heart Reacts based on Reputation

The Pressured Heart Reacts based on Rationalization

The Pressured Heart Reacts based on Fear 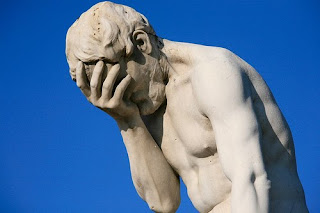 Luke 22:31–34 “Simon, Simon, Satan has asked to sift each of you like wheat. But I have pleaded in prayer for you, Simon, that your faith should not fail. So when you have repented and turned to me again, strengthen your brothers.” Peter said, “Lord, I am ready to go to prison with you, and even to die with you.” But Jesus said, “Peter, let me tell you something. Before the rooster crows tomorrow morning, you will deny three times that you even know me.”

Matthew 26:69–75 Meanwhile, Peter was sitting outside in the courtyard. A servant girl came over and said to him, “You were one of those with Jesus the Galilean.” But Peter denied it in front of everyone. “I don’t know what you’re talking about,” he said. Later, out by the gate, another servant girl noticed him and said to those standing around, “This man was with Jesus of Nazareth.” Again Peter denied it, this time with an oath. “I don’t even know the man,” he said. A little later some of the other bystanders came over to Peter and said, “You must be one of them; we can tell by your Galilean accent.” Peter swore, “A curse on me if I’m lying—I don’t know the man!” And immediately the rooster crowed. Suddenly, Jesus’ words flashed through Peter’s mind: “Before the rooster crows, you will deny three times that you even know me.” And he went away, weeping bitterly.

Luke 22:60–62...Peter said, “Man, I do not know what you are talking about.” Immediately, while he was still speaking, a rooster crowed. The Lord turned and looked at Peter. And Peter remembered the word of the Lord...And he went out and wept bitterly. 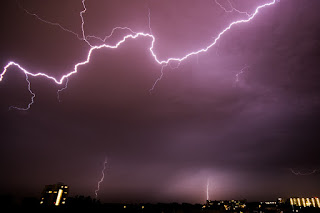 The moment we forget that we are in a spiritual war 24/7 our heart becomes unprepared for what the enemy is seeking to accomplish, and before we know it, we have tripped or run into sin. I am sure when the Lord’s eyes connected to Peter’s, he stood in awe questioning himself, "how in the world did I get here!!?" This passage really convicts my heart at this season. I look back over some seasons in my life and wonder, “Nate, why did you do that?” or “Nate what are saying…or not saying?” I realize now I had failed to remain vigilant in my walk. 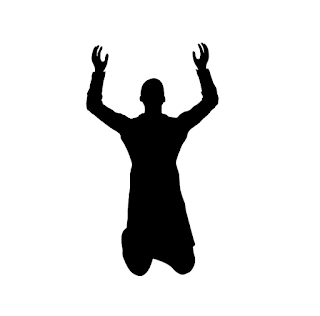 I never denied the Lord, but I did ignore God’s voice in areas of my life, which in the end hurts the Lord, my wife, my family, my friends, and myself. So, I identify with Peter, which leads me to two more issues. The path out and where that leads to. Repentance is the only path out. No matter which heart you are experiencing at the moment, a closed heart, a biased heart, a pressured heart, or an unprepared heart. There is no long complicated path out. “Metanoéō” (μετανοέω) – is simple, not easy, but not complicated. It means to change direction, in thinking, behavior, or action. It always is accompanied by sorrow and regret. When we repent, restoration is right around the corner! That’s where we find the last heart…the open heart, which we will deal with next Devo.

The So What: Has life surprised you? In what ways? How have you responded? If you evaluate wrong reactions at times, what have you done about it? What are you willing to do to make things right? Are you able to simply humble yourself and repent? Talk to Jesus right now, he is listening.

Posted by Blogology - Nathan Leigh at 5:10 AM No comments: