Philippines and The cost of sin: 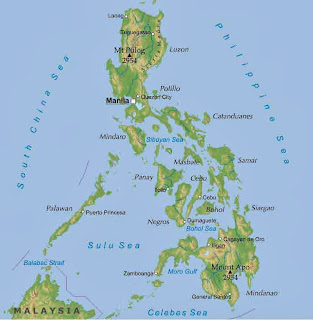 My wife and I have been overwhelmed by the news and the pictures we have seen of the Philippines. Many have shown their love via emails, and FB asking if we are ok. We are fine; we have been in the USA since Oct 31. We hit the ground running and have just now stopped. We have been praying for the dear folks in the Philippines and hoping with all our heart that the estimates of deaths turns out to be lower, though from the pictures and reports I have received from friends, I fear for the worst. We have friends staying in our home and I called them the day after, they said they are fine and that Luzon was spared. It is the middle Islands that took the brunt. 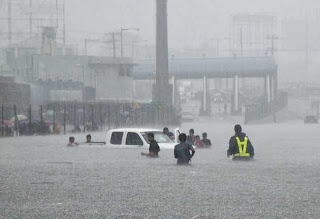 I am fearful to learn how many friends I have in those areas were hurt, but I am hoping to hear so that I may pray more specifically for them. Thank all of you for being concerned about us, I ask that you focus your prayers and any help you feel led to give to the folks in the Philippines. I pray that all of God’s people in the Philippines will show what the love of Christ means to those who have lost so much. 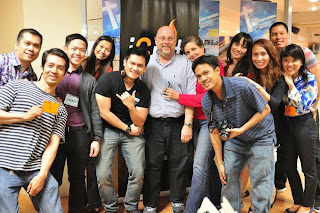 I also want to take this time to reframe some of the things I am hearing and seeing over FB. From claiming to know that this is God’s judgment, or Filipinos deserve this, or don’t worry…Filipinos will just move on, to finger pointing and trying to fix blame for this huge Typhoon.

To better understand we need to go to the beginning: 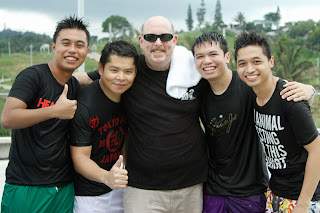 God intended the earth to be a friend to man and man would be a wise steward. As we all know mankind did not allow that to happen, we chose to go our own way.

Genesis 3:17–19 Then to Adam He said, “Because you have eaten from the tree about which I commanded you, saying, ‘You shall not eat from it’; Cursed is the ground because of you; In toil you will eat of it All the days of your life. “Both thorns and thistles it shall grow for you; And you will eat the plants of the field; By the sweat of your face You will eat bread, Till you return to the ground, Because from it you were taken; For you are dust, And to dust you shall return.” 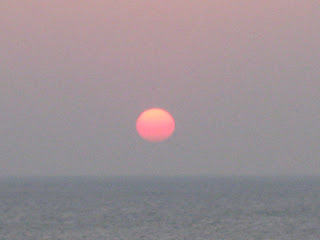 When the fall took place, it affected everything, not just men and women. The earth was also brought under a curse, and everyone, including the animals of the world have been paying a price ever since! In the fallen state that our existence is in, terrible things happen, because they happen. Yes, there are times God causes things to happen, and though everything is under His control, He clearly allows many things to take place under the natural order of the universe He created.

To claim that you know that God is judging someone, unless it is stated clearly in His Word, is at the very least arrogant and unloving. Only God can say when He is actively judging or providently allowing. God did not desire the fall, but desired more to give man the choice to be in a relationship with Him. It is not His fault we chose to go our own way, it is ours. Does God actively cause disasters whether personal or at a national level? Scripture shows that He does. However, only when the Word states that it is His judgment should anyone claim that. How many disasters were happening during the time that Scripture was written that were never connected to God’s judgment? I find it so arrogant of anyone to claim to know the mind of God unless stated by Him in His Word.


To say anyone deserves judgment exposes a spiritual pride that God hates. We all deserve judgment, I love God with all my heart, but I sin far to often and sometimes am careless with my life. If it were not for His mercy I would have been dead many times by now. When a person can spew such things, that exposes a lack of discernment toward measuring your words. To say to anyone who is suffering – “you will get over it” actually communicates how callous your heart is. There is a time to help someone move on, but not right away. First you weep and mourn with them, you offer comfort and help. To be so insensitive will bring God’s judgment on you, consider Job’s friends. This is also not the time to figure out why or who caused this. Even if there is an answer…which I find hard to believe…doing that only distracts us from what we should be focused on right now. Helping those that have been hurt so much.

One last thing – the person that knows the cost of sin the most is God Himself. For a creation that chose to rebel against Him, let’s be honest, we still do, He chose to pay the entire price of the judgment that sin would require Himself. The death that was paid was paid by Him in full, the wrath that was poured out was His wrath on Himself, so He could offer all of us a choice again. He refuses to force us to do what we should do, which is honor Him as God. He offers us a relationship that not only recognizes Who He is, but makes us His children! Incredible! All that cost because of our sin.

What the Philippines needs right now is God’s unconditional love extended by His children, to everyone, whether they believe or not. That issue is between them and God, our responsibility is to show them the kind of love our God has!
Posted by Blogology - Nathan Leigh at 11:20 AM